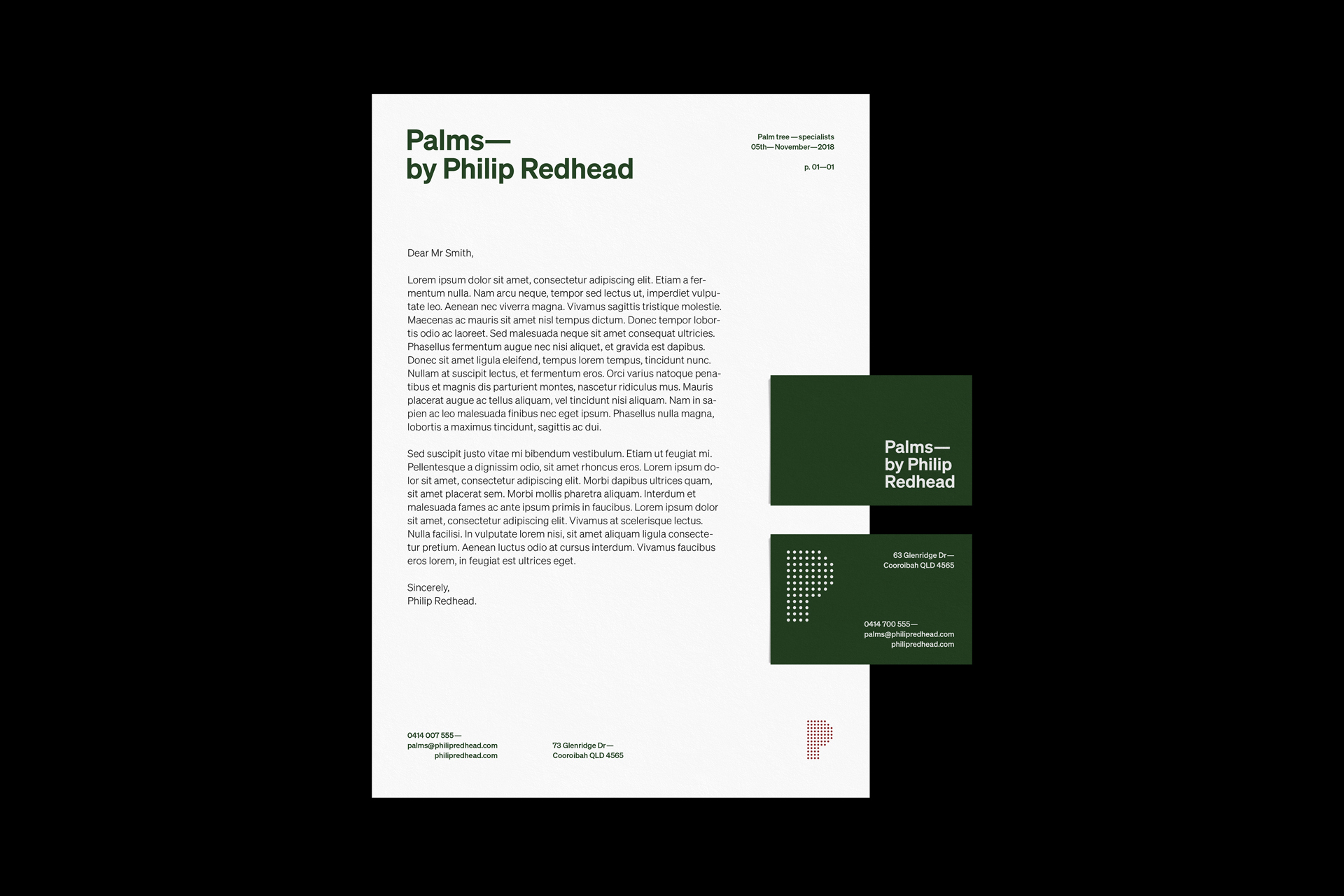 Palms by Philip Redhead is a wholesale palms nursery located in Noosa on the Sunshine Coast and is the home to Australia’s most extensive range of rare and collectible palms.

Philip grows a wide range of palms, from every day staples such as the Monstera deliciosa to his signature Chambeyronia macrocarpa and everything in between, all while employing cutting edge feeding techniques and environmentally conscious procedures. As such, Philip is known internationally not only for his range but also for the health of his plants and his intimate knowledge of everything palm related. Philip is also known for his cheery demeanour and playful nature. Because of this, the identity has been designed to be flexible, playful and adaptable while maintaining a consistent design philosophy and core message.

The concept for the brand icon and secondary elements come from the griding of the nursery’s pot plants. Philip prides himself on keeping a clean and orderly nursery space. Over the years, he’s become known by his peers to have one of the tidiest nurseries around, often tidier than many retail spaces. The font chosen for the wordmark is simple with classic roots, while still having a touch of personality. The wordmark has been designed to be flexible and scalable depending on it's use-case.

As a wholesaler, Philip is the connector between a product and the market searching for it. As such, the em-dash in his wordmark represents the connecting element between the product, and Philip’s signature touch. The em-dash is further utilized as a secondary visual element throughout the identity, connecting two things or ideas.